The working flash card built as described on this site is not the first attempt at making a SEGA master system flash cartridge of some sort. The very initial hacks into it were built around a PIC18F44K22 microcontroller with some signals exposed on pin headers to prototype the mapper hardware. While the approach using a single microcontroller proved too hard if not impossible, these boards were great for prototyping.

As a curiosity, here are the board used to make the earliest prototypes. 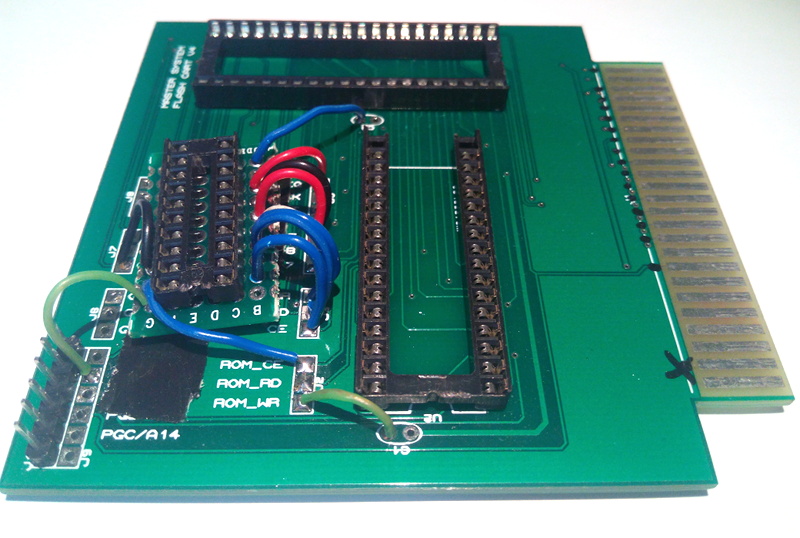 To use a breadboard, you need an adapter. Or in this case, wires. 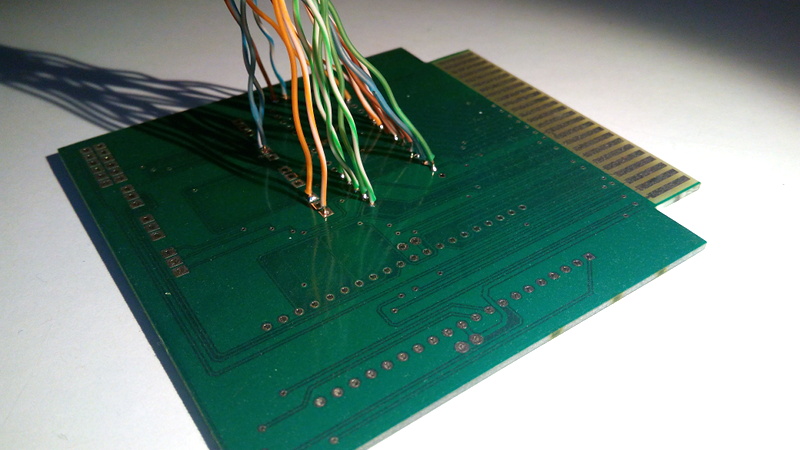 A microcontroller and a PLD. While unsuccessful, proved useful to design the final card.